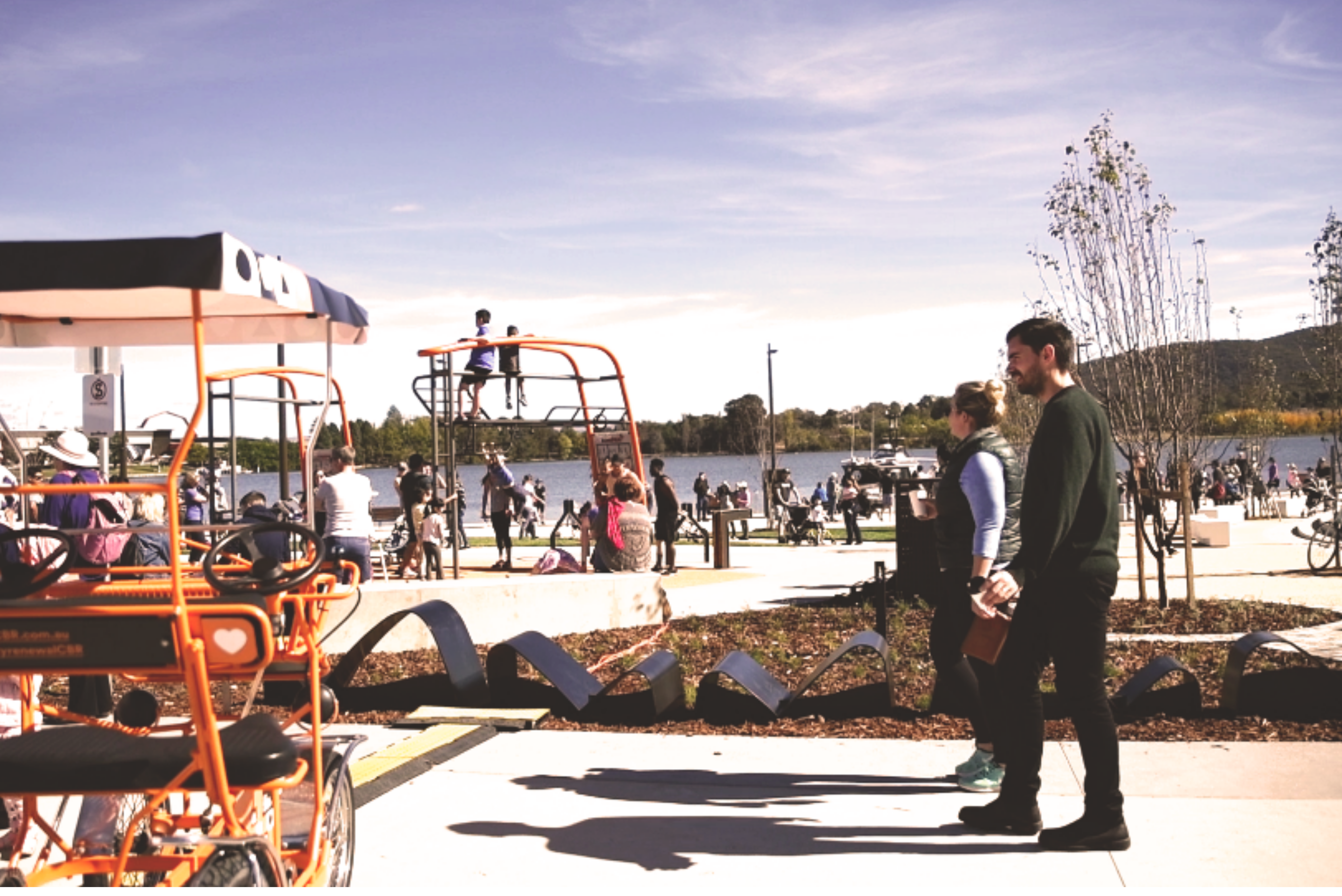 Lake Burley Griffin is a nationally significant and much-loved feature of Canberra and its landscape character. It’s one of the defining physical elements that makes Canberra such a beautiful city and wonderful place to live, work and visit.

The City Renewal Authority is developing Acton Waterfront into a place for all Canberrans to use. A place that will provide open spaces to relax and play in, a place that embraces its setting and respects its heritage, a place that is connected to the city - a uniquely Canberra place, designed for everyone.

Walter Burley Griffin and Marion Mahony Griffin’s original plan intended the new city’s street and public space network would continue down to the water, connecting the city centre and Lake Burley Griffin. The ACT Government is progressing the planning and development of the Acton Waterfront, in line with the National Capital Plan, to bring the everyday life of the city to the lake.

‘a vibrant cultural and entertainment precinct on a waterfront promenade. The area will create a new city neighbourhood, extending the city to the lake with a cosmopolitan mixture of shops, businesses, cafes, recreations, tourist activities and accommodation.’

The City Renewal Authority has adopted a place-based approach in undertaking urban renewal and is committed to working closely with the community and key stakeholders to realize its strategic vision.

The next phase of works, extending the boardwalk, is likely to begin in late 2020.

History of the waterfront

Canberra’s Acton Waterfront is a place with an ancient history of indigenous people using the Molonglo River and wetlands as a source of food to sustain life. Later, it became home to settlers, farming homesteads and grazing and more recently, to a place of aquatic recreation. Today, the Acton Waterfront at West Basin is an underutilised open space with a large amount of hard surface carparks and subsequently, low usage. Well-planned and with a commitment to creating a liveable and sustainable place it has the potential to reshape the heart of the national capital consistent with the Griffins’ original vision for a garden city.

Phase 1 of the Acton Waterfront project was the creation of Henry Rolland Park and construction of the first 150 metres of boardwalk. Commenced in November 2016 and opened to the public in April 2018, the area had been underused for many years and was dominated by asphalt car parks. It is now a high-quality public space that is already attracting high usage as a popular lakeside location. In its next stage of public works, the City Renewal Authority will realign the lake edge in accordance with the National Capital Plan and build a further 500 metres of boardwalk.

The ACT Government and the Commonwealth Government have agreed for approximately 2.8 hectares of National Land in Lake Burley Griffin’s West Basin to become ACT Government land which will allow the Authority to continue implementing its exciting vision for a new urban waterfront for all Canberrans to enjoy.

This construction work is currently scheduled to begin in mid-2020 and includes a new section of lake wall, land reclamation and completion of the final section of boardwalk.

Future stages of the project are subject to budget bids and will include landscaped public spaces and the creation of a continuous waterfront urban park adjacent to the boardwalk that will separate the lake edge from any new buildings.

Further community consultation will be undertaken on the design of the urban park, however this important new public space is likely to include:

The ACT Government has stated that new building development on Territory owned land will begin close to the city centre before extending to Acton. The former Land Development Agency had undertaken high-level planning for the precinct, including producing a preliminary master plan.

As a new agency, the City Renewal Authority’s focus is on design-led, people centred renewal, community benefit and economic revitalisation. The Authority is currently reviewing the planning previously undertaken before taking further decisions around the scope, timing, and delivery method of any future Acton Waterfront development. This review has adopted a place-based approach and will be evaluated through the application of liveability indicators.

In 2013, community feedback was sought during two consultation periods. Feedback received specifically in relation to the Acton Waterfront, highlighted the importance that the community placed on public access to the lake and adjoining public spaces. While embracing the vision for the proposal, existing lake users indicated they wanted to continue to use walking and cycling tracks and be able to use the lake for recreational water sports without impediment. As a result of this feedback, continuous public access to the lake edge will be further enhanced to improve user experiences.

In June 2015, the community was invited to provide feedback on the proposed waterfront design and have their say on the types of commercial activities, community facilities and events they would like to see at Acton Waterfront in the future.

Community feedback also showed that the creation of public areas, before any private building development occurred, was preferred for this area. The ACT Government has listened to this feedback and is progressing the development and management of public areas as a high priority.

We will continue to consult with you to make sure the Acton Waterfront is a place for everyone to use and enjoy. 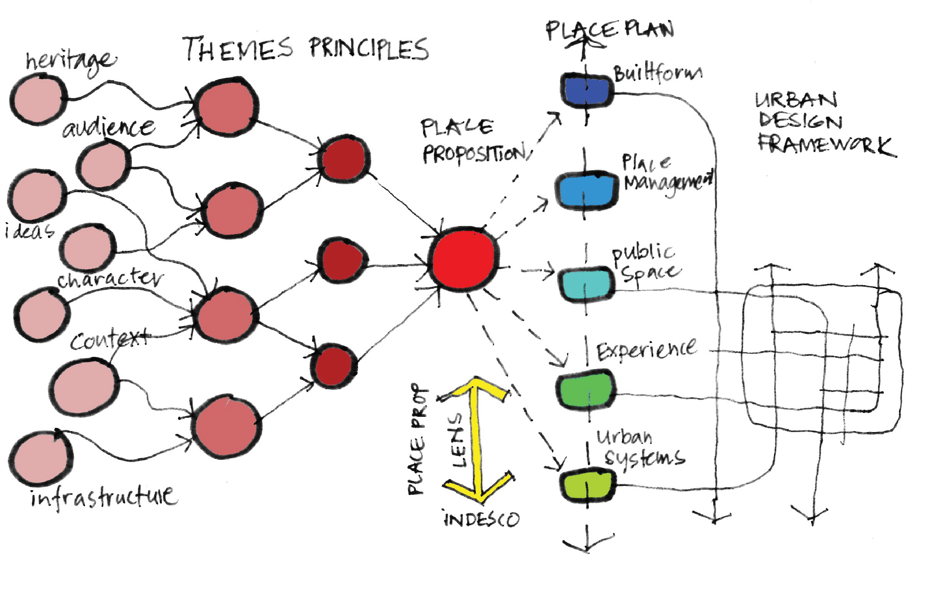 Hames Sharley, a national planning and design consultancy firm, has been engaged to review the design and development principles for the Acton Waterfront. They are currently creating a Place Plan to guide how Acton Waterfront should look and feel, including the input of community needs and aspirations for the area to inform any future design. The diagram below illustrates the key inputs and elements in formulating a clear urban design framework to guide detailed design work.