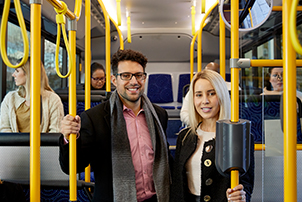 People using a bus to move around Canberra.

Local services have been designed to move you within and across your region, connecting with frequent, direct Rapid services at key locations including town centres. Every local service in Belconnen connects with the Belconnen Town Centre.