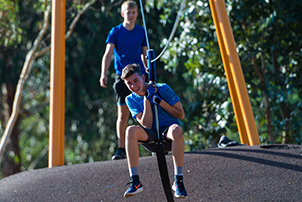 Playgrounds in 32 suburbs across Canberra, including Belconnen, will receive upgrades.

Canberra kids and families will soon benefit from new and improved playgrounds across our city.

A group of Canberra parents and carers came together in 2018 as part of a ‘Play Spaces Forum’, where they discussed and deliberated on playgrounds.

Their work has resulted in a range of new playground initiatives planned across our city.

In Belconnen, funding from the “Play Spaces Forum’ will be provided for: