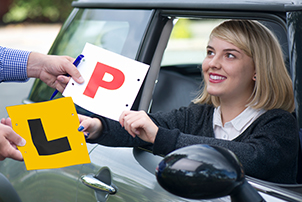 A total ban of mobile device use while driving has been put into place for learner and provisional drivers, including talking on Bluetooth hands-free or speaker mode.

Ensuring the safety of drivers and other road users is a top priority and we're committed to realising the goal of zero deaths or serious injuries on ACT roads.

Young and novice drivers are disproportionately represented in casualty crashes in the ACT. Between 2006 and 2017, 15 drivers aged 17 to 24 years old were killed in the ACT.

Crashes are most likely to occur during the first year of driving on a provisional licence, when the driver is least experienced and driving unsupervised. Evidence also shows that young drivers are more prone to distraction.

Any activity that distracts a driver while operating a vehicle is dangerous and can result in lane deviations, greater fluctuations in speed and delays in driver reaction time. Hands-free phone use is not safer to use while driving than hand-held devices, because cognitive distraction has the most significant impact on driving performance.

GPS applications can be used if the device is secured in an approved holder, and is programmed before the trip starts, and you can listen to music or podcasts so long as the device does not require any interaction during travel - it is recommended that phones are placed into Do Not Disturb mode to reduce temptation.

The mobile device ban, effective from 1 July 2019, is the first step in a suite of changes that will be made to the Graduated Licensing Scheme in the ACT, following extensive community consultation on a package of evidence based reforms.