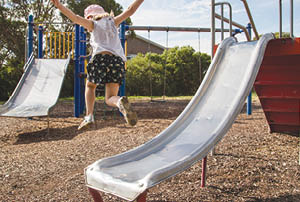 Canberra children and their families are benefiting from an extensive program of improvements to suburban play spaces.

Playgrounds in 31 Canberra suburbs have been upgraded to make sure local kids have access to well-maintained places to play and explore.

In addition, a new park has opened in north Coombs with two new recreation areas planned for nearby Wright.

A half basketball court and cricket nets will feature in the new recreation areas planned for Wright.

You can also subscribe to the monthly Our Canberra e-newsletter here.

Do you know someone who is making an outstanding contribution to the Canberra community?